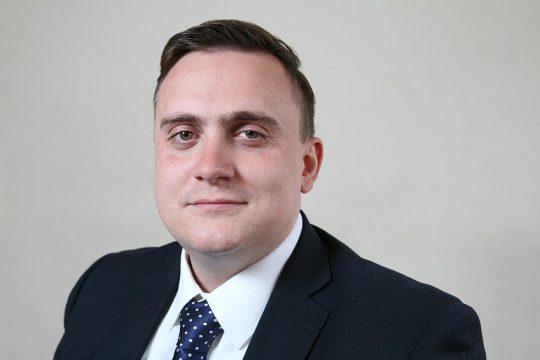 Matthew is ranked in Chambers & Partners UK Bar 2021 as:

“Strong junior with significant market recognition for his recent appearances in significant reported cases. He acts in possession cases and anti-social behaviour claims, among other disputes, including those relating to the Equality Act 2010.”

“He is a tenacious advocate and fights hard for his clients.”

“Very personable, knowledgeable and not afraid to think outside the box. He is a fearless advocate.”

“He is already above and beyond what you would expect for his year of call.”

The Legal 500 rankings list Matthew as a Leading Junior:

“His work is excellent, he is enthusiastic and not afraid to think outside the box. His wide-ranging experience includes cases involving homelessness, possession, antisocial behaviour and disrepair.”

Matthew enjoys both the adversarial and advisory aspects of practice. He is always willing to speak with solicitors about the merits of a potential claim or assist with procedural issues which may arise.

Matthew has a particular interest in issues of discrimination and the Public Sector Equality duty pursuant to section 149 of the Equality Act 2010.

Matthew appears regularly in courts of all levels in cases regarding all aspects of residential and commercial property including: renewals and terminations under the Landlord and Tenant Act 1954, rent reviews, dilapidations and repair, injunctions, mortgages, charges and charging orders, neighbour disputes, including adverse possession, party wall matters, easements, nuisance, trespass (ex parte applications), boundaries, orders for sale, applications under the Trusts of Land and Appointment Trustees Act 1996, and applications for relief from forfeiture.

Matthew is often instructed by tenants and landlords, in the private and social sector, in possession claims which raise important issues of tenure, notice, succession, assignment, breach of covenant, forfeiture and relief etc. He is astute at spotting novel legal points and procedural issues in claims.

Matthew has considerable experience of raising public law defences and appearing in judicial review claims. He has a particular interest in Equality and Housing law including homelessness. He has acted for and against local authorities, government departments or housing providers exercising a public function. Matthew is adept at looking into contracts entered into by Local Authorities especially where they concern the delegation/contracting out of the Local Authorities’ functions.

Matthew often deals with vulnerable adults and children who require care and safeguarding. The work in this area, housing, public law and equality mean that he is often dealing with cases engaging the Mental Capacity Act 2005. Matthews experience in this area assists him in advising on potential capacity issues. He accepts instructions from Local Authorities, individuals and the Official Solicitor.

In July 2021, the Lord Chancellor approved Matthew’s appointment to the Legal Aid Agency’s Review Panel. Matthew is regularly instructed in matters relating to costs and advising on funding issues under legal aid.

From 2003 to 2005, Matthew lived in Athens and worked as a volunteer and interpreter for the 2004 Summer Olympic Games. Matthew is fluent in modern Greek.

Matthew plays the guitar and has been a member of several bands. He enjoys most sports especially diving where his children compete. Matthew is a level 1 Diving Judge registered with Swim England. He is a fervent collector. Matthew has travelled across America and Europe and enjoys trying, often unsuccessfully, to recreate their cuisine for friends and family members.

Permission has been sought from the Supreme Court in the cases of Powell v Dacorum BC, Watford BC v. McMahon and Kiefer v. Hertsmere BC. The facts of these cases are set out in detail below but all raise important issues in relation to the Public Sector Equality Duty, homelessness and possession.

Ibrahim v Haringey LBC [2021[ EWHC 731 (QB), the Claimant was a rough sleeper in London in May 2020 and had approached Defendant about accommodation during the ‘Everyone In’ period. He was housed in self-contained accommodation but, shortly after he moved into the accommodation, the Defendant sought to evict him. It was asserted he was housed there by mistake and should have been housed in a room of a Travelodge. The Claimant asserted he was a secure tenant or licensee. The County Court Judge dismissed the claim for an injunction.

On appeal, Mr Justice Lane considered the course adopted by the judge had been procedurally unfair. The parties had attended the return date expecting to deal only with whether the injunction should continue; the judge had been wrong to deal with the underlying claim as well. Moreover, the judge had gone too far in making the findings that he had made. There was a dispute between the parties as to the power which had been used to provide the accommodation and whether what had been granted was a secure tenancy/licence of some lesser right. That was a dispute of fact and law which was not suitable for determination at an interim injunction hearing. Whilst, at first sight, it might be said that CN supported the argument that this emergency accommodation was not let as a “dwelling”, the point was not so clear that it should have been decided summarily at the return date and should go to trial. The trial is due to be heard in October 2021.

Watford BC v. McMahon, Kiefer v. Hertsmere BC [2020] PTSR 1217, the Court of Appeal considered the relationship between vulnerability and the public sector equality duty in priority need cases in homelessness law.

Mohamed v Barnet LBC [2019] EWHC 1012 (QB), the High Court gave guidance on when the exception to secure tenancies under paragraph 6 of Schedule 1 to the Housing Act 1985 applied. On 5 July 2019, Lord Justice Flaux granted permission to appeal to the Court of Appeal. The case was settled shortly thereafter.

Akita and another v Governor and Company of the Bank of Ireland [2019] EWHC 1712 (QB). In that case, Spencer J allowed an appeal of a decision by a recorder who struck out a claim too soon on the basis of the claimants’ non-attendance at the trial. The claimant was delayed and did not arrive at the start time. Spencer J stated :“It seems to me that it cannot mean simply failure to attend on time otherwise the party who attended the trial listed for 10 o’clock would at 10.05 be a party who had failed to attend trial, and that cannot be right… A failure to attend trial is in the context of a failure to attend by the time the Judge who is due to try the case effectively decides not to wait any further”. In all the circumstances, he found that it was inappropriate and premature for the recorder to have triggered his power under CPR 39.3.

Powell v Dacorum BC (2019) EWCA Civ 29, the Court of Appeal considered the Public Sector Equality Duty in the context of applications to suspend a warrant seeking possession.

Panayiotou v London Borough of Waltham Forest & Smith v Haringey (2017) EWCA Civ 1624, Co-counsel for the successful Appellant, Mr Smith. This case concerned (1) the meaning of “significantly” in Hotak v London Borough of Southwark [2015] UKSC 30 in relation to priority need in homeless applications and (2) whether a local authority was entitled to contract out/delegate its Public Sector Equality Duty pursuant to s149 of the Equality Act 2010.

Chambers are delighted to announce that once again Lamb Building has been ranked as a Leading Set in Chambers UK Bar 2022, with five of Chambers’ members being ranked individually:   On client service:   Lamb Building houses a well-respected criminal team who are frequently instructed as the defence and the prosecution in serious criminal […]