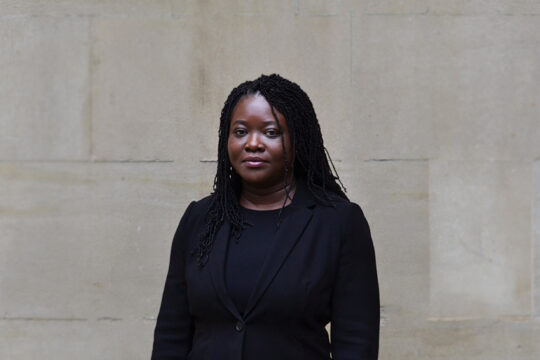 Yaa Dankwa practises exclusively in Children law. Her busy practice encompasses the spectrum of private and public law proceedings in which she acts for all parties.  Yaa Dankwa spent time as in house lawyer with oneSource working on behalf of Havering and Newham Councils and gained in depth knowledge in public law proceedings. She has since distinguished herself as a lawyer representing modern families.

Yaa Dankwa is a people person and is passionate about helping her clients find the best possible solutions to their family related problems and will often ‘go the extra mile’ to achieve this. She is a personable and approachable individual, often commended for her ability to put lay clients at ease, and to instil absolute confidence and trust in those instructing her. She is particularly skilled in assisting nervous clients and litigants in person.

Yaa Dankwa is regularly instructed on behalf of parents and children (whether separately or through their Rule 16.4 Guardian) in cases where there are significant and often entrenched disputes about where children should live and how much time they should spend with a non-resident parent. She has experience and expertise in cases involving domestic abuse and where serious allegations of abuse (physical, sexual, or emotional) and parental alienation/hostility are made.

Yaa Dankwa also acts in cases with an international dimension. She has appeared in cases involving catastrophic non-accidental injury where there is complex and conflicting medical opinion.

Yaa Dankwa accepts instructions to represent clients at all stages of family law proceedings, from initial advice on merits and procedure through to contested Final Hearings and everything in between. Recent instructions have included proceedings featuring the following:

E -v- R: – Successfully represented a father in his application to permanently relocate his daughter from UK to the USA. Successfully persuaded the court irrespective of the opposing opinions by the Guardian and the Expert that the child should relocate permanently to the USA with his father.

L -v- G and E: – Successfully representing the birth mother in a contested application against the non-biological mother for a Child Arrangement Order involving parental alienation.

P -v- P: – Successfully represented a non-resident father to bring finality to a long-drawn custody battle about how much time the child spends with the non-resident parent.