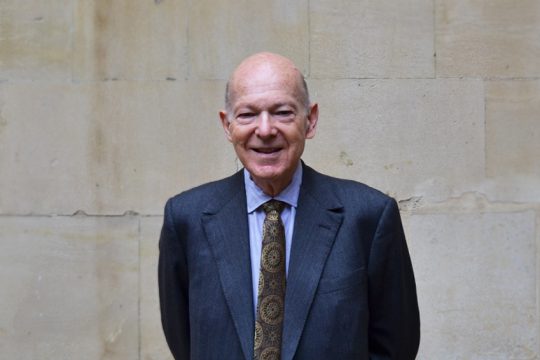 21.7.1965 Called to the Bar of England and Wales by the Inner Temple.
1.10.1966 Joined chambers – known at the time as the Chambers of Stanislaus Seuffert QC.
28.1.1985 Admitted to the Israel Bar and maintained a Tel Aviv office ever since.
5.10.1995 On the resignation of Kenneth Wheeler, the then head, elected Head of Chambers, a position held for the following 18 years (until October 2013). Chambers was known as the Chambers of Ami Feder.
17.7.2014 Elected a Master of the Bench of the Inner Temple.

Ami is best known for his particular interest in complex fraud.

He has a reputation for meticulous preparation of paper-rich cases and clear presentation of complex themes in court.

Lay clients and solicitors alike are impressed by Ami’s phenomenal recall and understanding of facts and figures aided by his unique coloured case notebook.

He is popular and respected by clients and opponents and is regularly commended by Chambers Directory.

On the Israeli scene, Ami is mainly concerned with commercial and probate matters.

Please contact Mr Feder at his London office in the first instance:
afeder@lambbuilding.co.uk

R v Gull & Others (Operation Pipe 2014) 2017
Fraud – an investigation by the Kent and Essex Serious Crime Directorate targeting those involved in the theft and distillation of millions of pounds worth of fuel from the network of underground pipelines which transmit varying petroleum products between refineries and customers.

R v Radak & Others [1999] 1 Cr App R 187 – money laundering, the effect of Article 6 ECHR on the admittance of written statement of prosecution witness who refused to attend trial.

The State of Israel v Max Rudman (1997)
Fraud – perpetrated by bogus investor on Bank Hapoalim & The Israel Capital Investment Centre. (District Court of Jerusalem – with Director of the Economic Section in the Israel Attorney General’s Office).