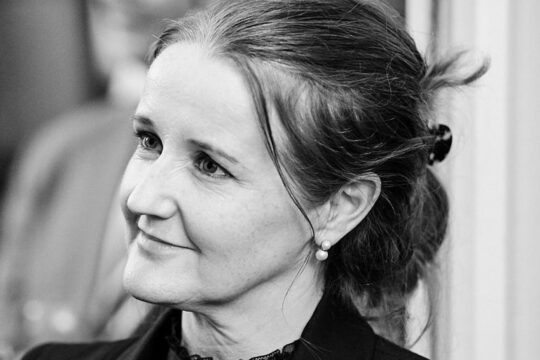 Anne is a criminal defence specialist who is frequently instructed as leading or junior counsel. She has extensive experience in all areas of serious crime including murder, manslaughter, terrorism, fraud, confiscation, firearms, large scale drug trafficking, and serious sexual offences. Anne has a strong interest in human rights, private prosecutions and regulatory and disciplinary work.

Anne has appeared as leading counsel in numerous high-profile cases involving serious allegations of fraud, manslaughter, and serious historical sexual cases.
Her cases include one of the most complex terrorism defence cases of the last ten years; the 21/7 London bomb plot. She successfully appealed the case to the ECHR, and the decision is now the leading European authority on assessing whether a restriction on access to a lawyer is compatible with the right to a fair trial under Article 6 of the European Convention on Human Rights.
She is qualified to represent members of the public directly in accordance with the Bar Council’s Direct Access Scheme.
She is a highly experienced and skilled advocate, well used to presenting complex legal arguments before the Court of Appeal and the European Court of Human Rights.
Anne also has particular expertise in cases involving vulnerable witnesses, including children and the elderly, and in representing corporations in highly sensitive criminal and civil proceedings, and in proceedings for the confiscation of property.
She has extensive experience conducting appeals and judicial reviews. She has recently been instructed to advise on civil and criminal fraud in respect of a significant property fund.
As a former radiographer, Anne has a keen interest in regulatory work and clinical negligence. She is an approved counsel for the Nursing and Midwifery Council, and has conducted cases on their behalf. She has advised on medical negligence cases and related medico-legal work.
She successfully passed the Irish Bar Exams – and was admitted to King’s Inns, Dublin and called to the Irish Bar in July 2017.

R v H, 2019
Defendant charged with Causing Death by Dangerous Driving. Anne represented the Defendant, who was an HGV driver who collided with, and killed, a cyclist. The Prosecution relied upon expert evidence from a Senior Collision Expert who undertook a reconstruction of the collision in order to try and demonstrate that the Defendant was driving dangerously. Anne successfully secured an acquittal. Woolwich Crown Court.

R v IA, 2015–16
Successful appeal to the ECHR of one of the most complex terrorism defence cases of the last ten years, the 21/7 London bomb plot. The Grand Chamber of the ECHR found there had been a breach of Article 6 of the European Convention on Human Rights.
The Criminal Cases Review Commission have decided to refer the conviction back to the Court of Appeal.
Please see link. See Criminal Law Week (16/34/2) and articles in the Guardian and the Independent.

R v T, 2016
As leading counsel, secured acquittal in a gross negligence manslaughter case arising from restraint by security staff at a nightclub. Case involved complex medical evidence as to cause of death and consideration of law of negligence. Central Criminal Court.
See BBC article.

R v C, 2019
This was the first fraud of its kind to be litigated in the U.K.
The operation involved a 5-year conspiracy to cheat the public revenue and concerned the submission of hundreds of false claims to the Redundancy Payment Service (RPS).
Three of the Defendants (who were convicted) were accountants who worked for various accountancy firms between 2010 and 2015.
As a result of the fraud, the Insolvency Service paid over £459,000 of Government money into bank accounts linked to the guilty Defendants. Those Defendants were convicted of converting criminal property, and of claiming a further £401,000 by way of Redundancy Payments. The total fraud exceeded £860,000.
Anne’s client, who was accused of cheating the public revenue and converting criminal property together with the other Defendants in the operation, was unanimously acquitted.
News report here

October 2021 Anne Faul, instructed by Mr Andy Smith of SBS Solicitors, secured a unanimous acquittal for her client following a two-week trial at Cambridge Crown Court. The Defendant faced a single charge of Rape relating to events that allegedly took place a decade ago. The prosecution called eleven witnesses. The Defence served a lengthy […]

June 2021 Anne Faul, instructed by Andrew Smith of SBS solicitors, secures acquittals for her client who was charged with sexual assault (by penetration) of a girl under 14 years. The jury acquitted the Defendant unanimously following a seven day trial in Luton Crown Court. You can view Anne Faul’s profile here