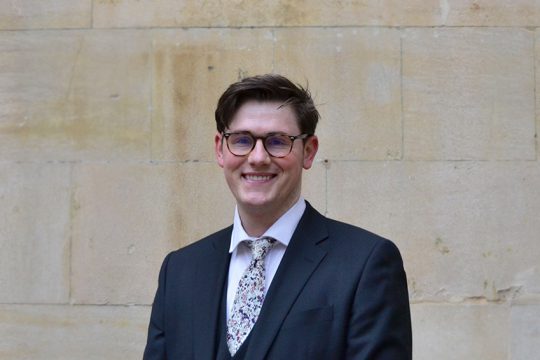 Crime
Ed has accepted instructions in criminal matters since April 2021. He has undertaken trials Magistrates’ and Youth Courts. He has also appeared in the Crown Court for mentions, pre-trial matters and sentencing matters. Prior to commencing his second six period, Ed accompanied his pupil supervisor, Andrew Selby QC, as his client was acquitted following 7 week-long trial at the Old Bailey.

Civil and Employment
Ed has 8 years’ experience in employment tribunal hearings from his time working for trade unions. He also has experience appearing in the County Court. Ed spent the first 4 months of his pupillage under the supervision of Andrew Morrell, who has a thriving civil practice in chambers. Ed is also a trained civil-commercial mediator.

Regulatory
Ed has 8 years’ experience in NMC and HCPC professional discipline matters from his time working for trade unions. This includes experience in the High Court in relation to interim orders.

Before coming to the Bar, Ed worked in the students’ union and trade union movements. He was elected President of Cardiff University Students’ Union and worked as an in-house advocate for two trade unions. Since 2018, Ed has been the co-founder and presenter of Employment Rights Workshops (ERW) – a social enterprise that delivers employment rights workshops to 15-19 year-olds. In February 2021 Ed gave a talk at the Employment Law Bar Association (ELBA) on law reform to address disadvantage on the basis of socioeconomic background.

Ed’s main interests are football, live music, theatre, stand-up comedy and quizzing. He is an Arsenal season ticket holder and tries to see as many shows and gigs as he can. Ed also performs what he says is “very mediocre” stand-up at open mic nights. Ed has a love for pub quizzes and was a team captain on University Challenge in the 2009 series.