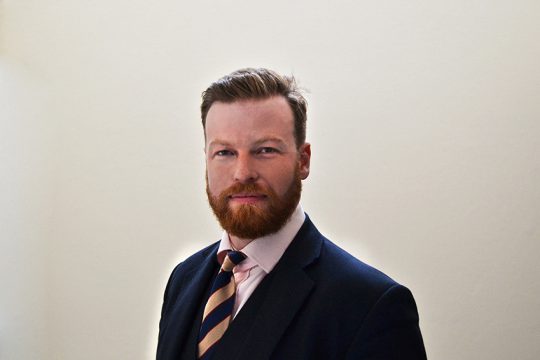 James is ranked as a Leading Junior in Chambers & Partners UK Bar, receiving the following praise:

“Noted for his expert handling of a range of serious violence, firearms, and sexual assault cases”

“Has very good attention to detail”

“Personable and a good practitioner”

James has a particular interest in defending allegations of careless or dangerous driving, involving death, serious injury, or otherwise.

James is currently instructed to act for two of the Core Participants in the Grenfell Tower Public Inquiry.

James prides himself on the service he provides to his professional and lay clients alike. He has recently received the following feedback from instructing solicitors:

“… a formidable work ethic, he has a great eye for detail; he is always meticulously prepared, he possesses a depth of knowledge of the issues in a case; provides excellent advocacy skills; is robust in the court room and maintains an excellent report and empathy with our clients and their families throughout.”

“Each of the clients that James has represented has expressed nothing but the fullest gratitude and praise for the work he has done. Two related clients now insist that I instruct James if he is available.”

“Mr Hay …  has demonstrated skilful and technical cross examination on many previous occasions which has resulted in unexpectedly positive outcomes for our clients.”

Prior to joining Lamb Building, James worked for an in-house firm of solicitors at a multi-national financial services corporation.

B Montagu Award Major Scholarship (The Hon. Soc. of the Middle Temple)

Away from the law, James has played hockey at county and regional level, and is an avid real tennis player. He represents both the Bar Law Tennis Society and the Bar of England & Wales Cricket Club in international fixtures.

R v AO & Ors – Junior-alone in the Westcountry’s first “County Lines” & Modern Slavery trial, where the defendant was acquitted of Arranging or Facilitating Travel with a view to Exploitation under the Modern Slavery Act 2015 (Truro Crown Court)

R v BB & Anr – Junior-alone in an allegation of Arson Reckless as to whether Life was Endangered where the allegation was that the production of Butane Hash Oil recklessly caused an explosion resulting in millions of pounds of damage to a residential block of flats, also appearing on ITV’s Inside London Fire Brigade (Snaresbrook Crown Court)

R v SA – Defendant acquitted of multiple counts of Assault by Penetration, in what was described as a “possibly unique case” by the trial judge (Lewes Crown Court)

R v JD – Led by Andrew Selby QC (and later Justin Rouse QC) in multi-complainant allegation of historic Rape, Sexual Assaults and Child Cruelty. The case was of the utmost sensitivity given the very young age of the complainants at the time of the allegations, and involved complicated transgender and “false memory” issues. Defendant acquitted (Oxford Crown Court)

R v HI & Ors – Junior-alone representing Defendant in a 5-handed Conspiracy to commit Grievous Bodily Harm with Intent who was acquitted, having been initially investigated for Conspiracy to Murder (Wood Green Crown Court)

After a four day Court Martial at Bulford Military Court, the Sapper was found Not Guilty of two counts of rape against a fellow soldier. The case received national and international press coverage. The teenage Sapper was accused of carrying the unconscious soldier back to his room before locking the door behind him and proceeding […]