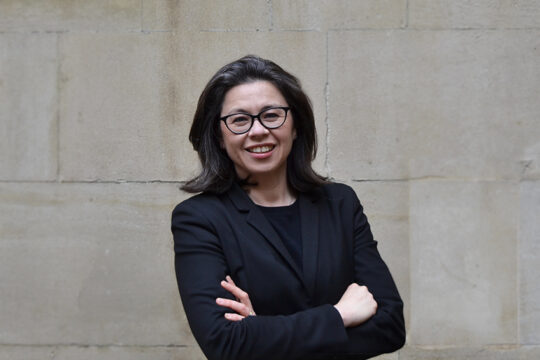 Joy is a specialist Defence advocate with extensive experience of representing clients charged with a wide range of serious criminal offences. She is known for being approachable and calm, for her thorough preparation and her robust, focussed advocacy. Always identifying the key issues in a case at an early stage, Joy works closely and proactively with her lay and professional clients to provide the highest quality advice and representation from the outset.

R v KC: Young Defendant, 12 to 16 at time of offending (18 at trial), charged with offences against two younger nephews over several years, namely rape of child under 13 and inciting child under 13 to engage in sexual activity. Also possession of indecent images. Cross-examination of complainants aged 5 and 11 years old. Successful appeal against sentence re. finding of dangerousness

R v S A-H: Young Defendant (16 year old male) charged with conspiracy to rape and rob – Defendant and two others alleged to have planned and carried out attack on sex worker in her home.

R v TA: Arson being reckless as to whether life endangered and attempted arson. Defendant was longstanding and complex mental health issues (initially unfit to plead) setting fire to room in supported accommodation.

R v JC : Multi-handed kidnap and s.18. Defendant and 2 others abducting/assaulting 16 year old boy and driving him from Hampshire to London in car boot. Cut throat defence – against Defendant’s own father.

R v CB: Conspiracy to supply class A drugs and associated possession of numerous firearms with intent to endanger life.

R v LL: “Cash for crash” insurance fraud. Defendant charged with 3 others. Defendant contributing to the fraud in several significant ways; found to have had close involvement with and a strong connection to ringleader.

R v FD: Husband and wife charged with theft from Barlcays Bank. Defendants alleged to have pressurized Barclays employee into transferring over £180,000 into their accounts over 18 month period. Re-trial.

R v RG: Conspiracy to burgle: campaign of burglaries of schools in East London targeting computer equipment valued at over £300,000.

Lamb Building would like to congratulate Joy Dykers on being appointed as a Deputy District Judge (Magistrates Court).