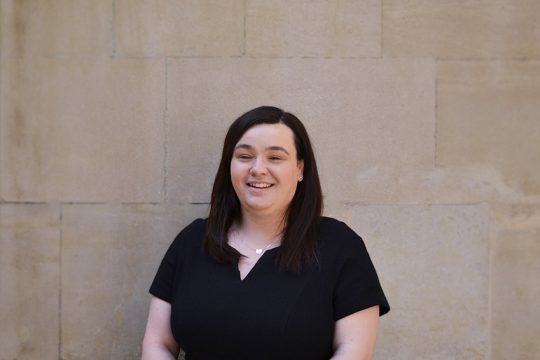 Laura has a mixed practice of both family and criminal law.
She regularly appears in the Magistrates, Youth and Crown Courts in criminal matters across a broad spectrum of offences. Laura has gained experience of working with vulnerable defendants including those with mental health and learning difficulties.

Laura practices in all areas of family law including matters involving arrangements for children and allegations of domestic abuse. She is also building her practice in matrimonial finance. Laura has also taken on Pro-Bono matters and prior to pupillage was part of the family law advice clinic for a local citizen’s advice centre.

Prior to pupillage, Laura was a paralegal and advocate for a large solicitors’ firm in the North East. She had her own case load of family matters involving children and non-molestation orders. Laura also gained considerable experience in care proceedings, preparing cases and assisting counsel with complex fact finding and welfare hearings including those with allegations of non-accidental injuries, sexual abuse and criminal enquiries.

During pupillage, Laura was supervised by Yasmeen Ul Haq and Ross Talbott.

Laura is a keen baker and rugby union fan. She enjoys going to the theatre and making trips back to her native North East when time allows.