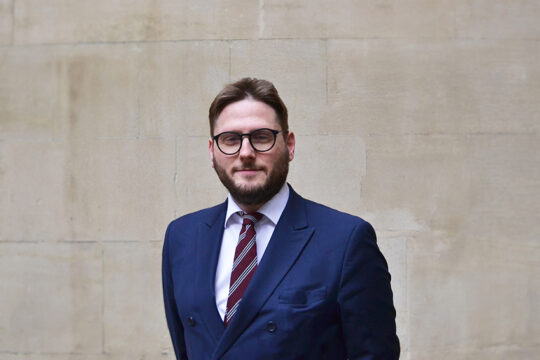 Michael specialises in Crime and Immigration. He is recognised in particular for client rapport and his confident, thorough style. Instructing solicitors have recommended him for his approach:
“He has an instinctive ability to quickly identify the crucial elements of any given case and is able to provide clear, concise and well thought out advice”
“Michael has dealt with some very sensitive cases on my behalf and has always displayed sound judgment and a tremendous ability to empathise with the lay client and his/her family”

Michael’s advisory work includes areas where crime and immigration intersect. He has been instructed to advise ahead of settlement applications on the potential application of the serious harm test in the Immigration Rules in relation to offending sentenced below the threshold in the UK Borders Act 2007. He has also been instructed to advise on the merits of appeal out of time based on s32 of the Modern Slavery Act 2017 where convictions to which it may have applied triggered automatic deportation.

Prior to pupillage Michael was an advocate at the Home Office, working at both levels of the Tribunal system. He was the Presenting Officer in the reported decision of a Presidential panel in Amirteymour and others (EEA appeals; human rights) [2015] UKUT 00466 (IAC).

Prior to coming to the Bar, Michael worked in politics in Northern Ireland. He was a policy officer at the Northern Ireland Assembly where he assisted with the legislative passage of several bills and amendments, including the criminalisation of Hare Coursing.

He is known in Northern Ireland as a political commentator on current affairs in radio, print and other news media. He regularly appeared as a contributor on BBC Radio Ulster, BBC Radio 4, and wrote a weekly column for a Belfast daily newspaper in 2012.

R v KA Conspiracy to Rob and Conspiracy to posses imitation firearm, Wood Green Crown Court. Leading junior in a 3 week trial involving 6 young defendants. The jury were directed to acquit at the close of the prosecution case following a submission of no case to answer.
R v AL – Conspiracy to supply Class A, Kingston Crown Court. Led by Andrew Selby QC in a 3 month county lines trial.  The case involved close analysis of tens of thousands of pages of prosecution evidence and a detailed understanding of the cell site evidence.
R v AA – Conspiracy to Handle Stolen Goods, Southwark Crown Court. Junior alone in a three week seven handed trial. The prosecution alleged a multi million pound conspiracy to transport high value cars abroad. Acquitted after trial.
R v BS, Attempted Burglary, Winchester Crown Court. Successfully applied to stay the indictment as an abuse of the Court’s process. Persuaded the court that it would be oppressive prosecute the defendant for attempted burglary as he had already been convicted and sentenced for three offences arising from his attempt to escape the scene.
R v MS [2020] EWCA Crim 944 – S18 and bladed article. Successfully appealed a sentence of 9 years 9 months on the basis that a stab to the eye did not amount to serious harm in the context of a s18 offence.
R v WA [2019] EWCA Crim 790 – Burglary, Wood Green Crown Court. Successfully appealed a sentence of 7 months, the Court of Appeal substituting a sentence of 10 weeks, which was less than time served.
R v AA [2018] EWCA Crim 134 – Robbery, Snaresbrook Crown Court. Defended in a cut throat trial involving a group of young defendants. Subsequently appeared for the defendant in the Court of Appeal with leave of the single judge.
R v YU – Robbery, Guildford Crown Court. Represented the youngest of 6 youths in an alleged knife point robbery of another youth.
R v JM Conspiracy to Supply Class A, Winchester Crown Court. A five day trial involving cell site evidence.
R v FS – Perverting the Course of Justice, Theft and Fraud, Woolwich Crown Court. Secured an acquittal on all counts.
R v RD – Witness intimidation and Dangerous Driving, Northampton Crown Court. Prosecution offered no evidence at the door of the court following representations made.
R v TC – Sexual assault and attempted sexual assault, Bromley Youth Court. A full day trial involving a very serious allegaton against an autistic child in custody. Having been convicted at trial, Michael successfully represented the client at appeal at Woolwich Crown Court.
R v AH – Benefit fraud, Snaresbrook Crown Court. Secured an acquittal to a dishonesty offence where the defendant claimed someone else filled in the form, but could not provide a surname or whereabouts for that person.
R v JL – Serious Injury by Dangerous Driving, Woolwich Crown Court, Defendant caused serious fractures to the legs of a motorcyclist while on the wrong side of the road around a blind bend on a country road. Involved expert toxicology evidence in relation to cocaine in the Defendants blood.
R v YK – Sexual assault, Leicester Crown Court. Secured an acquittal after a 4 day trial.
R v NA – Dock brief, Woolwich Crown Court. Represented a witness in contempt proceedings during a murder trial. Secured a 28 day suspended sentence where the statutory maximum 3 months’ immediate custody was the starting point.

FH v SSHD. Complex Asylum and Article 3 appeal with a negative previous determination. Successfully argued Article 3 risk on return to Bangladesh as a lone disabled young adult.
JNN v SSHD [2018] UKAITUR PA049492017. Appeared for the Appellant at the FtT and UT. Succeeded in arguing a breach of Article 8 ECHR where Asylum had not been made out.
EDK v SSHD [2017] UKAITUR HU006322016. Successfully argued that an ambiguous basis for an allowed appeal was not plain when read together with the Home Office guidance on older cases.
AD v SSHD. Out of country appeal arguing medical conditions combined with risk to the Appellant’s brother as an Ahmadi Muslim.
MS v SSHD. Successfully sought to set aside decision of the FtT on grounds of procedural irregularity.

Michael is regularly instructed to appear in appeals brought on the basis of the historic injustice perpetrated upon Nepalese soldiers of the Brigade of Gurkhas.