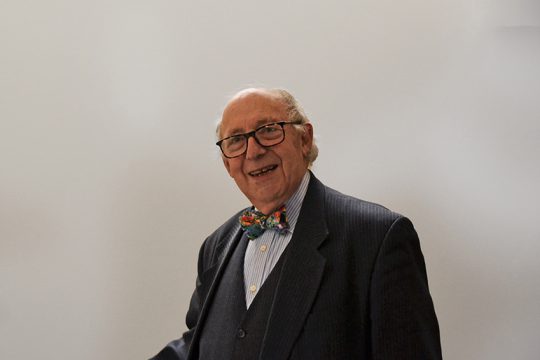 Joined these Chambers in December 1967 after successfully completing a year’s pupillage here with Israel Finestein (later HHJ Finestein QC). Quickly developed a strong civil practice in Chancery and Common Law, and became counsel for a number of financial institutions in connection with their claims against solicitors, accountants and surveyors and others arising from commercial mortgage frauds. In 1996, following his successful appeal to the House of Lords in R-v-Preddy (see below) he was often instructed to defend in substantial criminal matters, and developed a heavy criminal practice, especially in white collar crime and Proceeds of Crime. He has often conducted successful appeals to the Court of Appeal and House of Lords, including cases in which he was not instructed at first instance, usually in cases alleging conspiracy, fraud, corruption or money laundering, and often involving complex or novel issues of law. His first Supreme Court case (R -v- Waya), in which he appeared as leading counsel for the successful appellant, has been described as an important and difficult case, which has changed the law and practice of confiscation proceedings in favour of the defence. . His recent trials have included: conspiracy, mortgage frauds; terrorism (in which he achieved the acquittal of a defendant charged in connection with the attempted bombings of 21st July 2005); money laundering; and civil recovery under Part 5 Proceeds of Crime Act 2002. He is often brought in as specialist leading counsel to conduct confiscation proceedings after defendants have been convicted when represented by other counsel. He often appears for solicitors and other professionals in disciplinary proceedings, and appeals to the Administrative Court.

Since 2005 he has been involved in a series of cases in Trinidad and Tobago in which he has been instructed by a major insurance company to defend allegations of fraud, conspiracy and money laundering, brought against them, and his appearances have included the Trinidad and Tobago High Court and the Privy Council He is one of the consultees of the Law Commission in connection with white collar crime. Recently he was the only barrister in private practice to be consulted by the Law Commission in connection with their report on Conspiracy and Attempts, and has recently prepared a response to their consultation paper on Criminal Liability in Regulatory Contexts

Before coming to the Bar, he was a full time lecturer in law, and continues to provide regular seminars and lectures in Chambers training programme, especially in Proceeds of Crime and appeal advocacy. Living in Brighton, he is additionally a member of Chambers Brighton annex in Ship Street.

Cases are all Court of Appeal decisions unless indicated otherwise