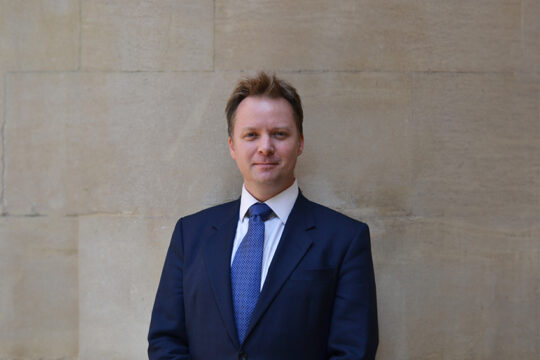 He has an expertise in serious sexual offences and appears in the Court of Appeal when sentences are referred by the Attorney General for being unduly lenient.

In his immigration practice James appears on behalf of appellants in both tiers of the Immigration Tribunal. A strong believer in Human Rights, James acts on behalf of those that would otherwise not have a voice in the system.

James can also be instructed in Family law matters where he acts in both Public and Private child matters along with cases involving allegations of violence.

Prior to joining Lamb Building, James was a tenant at Chambers in Luton where he covered Courts in London and the South East. He also practised as a Solicitor for a number of years after being called to the Bar, giving him an insight into how cases are run from a different viewpoint.

Away from the law, James enjoys playing golf and cricket. He is also a frustrated football supporter, following Southampton FC.

R v GV – Represented the Defendant after a guilty plea where he was given a 2-year Community Order for S14 offences of intent to commit sexual activity with a child. The matter was referred to the Court of Appeal by the AG as an unduly lenient sentence. A special Court was convened headed by LJ Fulford where James made legal arguments on both the sentence and the application of the case of Privett to sexual offences sentences. (Court of Appeal, Criminal Division)

R v CS – Multiple counts of sexual activity with a child, including over 10,000 electronic messages as part of the evidence. James obtained a 2-year suspended sentence. The case was referred to the Court of Appeal by the AG as an unduly lenient sentence. After submissions James was able to persuade the Appeal Court not to increase the sentence (Court of Appeal, Criminal Division)

R v SD – Dangerous Driving involving a collision with a Police van and pursuit by a Police motorbike. Acquitted after a 4-day trial including the lesser offence of Careless Driving (Isleworth Crown Court)

James Oliveira-Agnew was recently involved in what has been described as a landmark Court of Appeal Judgment. James represented a client in a specially convened Court of Appeal case chaired by LJ Fulford that dealt with the sentencing of sexual offenders. As a result of the case there will now be a consultation by the Sentencing Council who are seeking to regularise sentencing in this complex field.