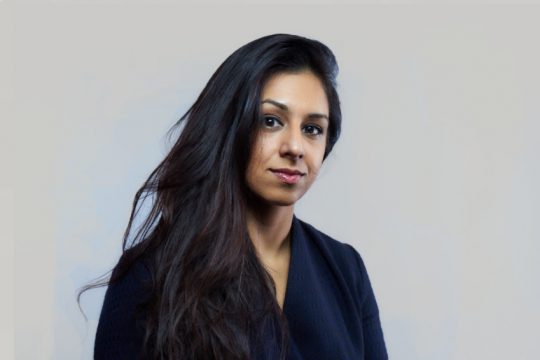 Paramjit is a committed, experienced criminal defence practitioner specialising in cases of  homicide, firearms and large scale drug supply, importation and Encrochat. She has acted as leading and sole junior (as well as led junior).

Paramjit has been named by the Observer (culture) in January 2019 as a ‘new talent: rising star’ in relation to her work ‘representing society’s most vulnerable, fighting human trafficking, modern day slavery and immigration crime’ and is ranked in Legal 500, described as ‘an outstanding junior.’

Paramjit was part of the Prison Reform Trust Advisory Group relating to amendments to the Domestic Abuse Bill. Her article on duress and section 45 MSA 2015 was referenced in House of Lords debates on the amendments. She has been a speaker at seminars and workshops, including internationally at the ECPAT Conference in Paris to judges and lawyers from 7 European Countries- on ‘Trafficking for Criminal Exploitation.’ Paramjit has been leading junior in this area of work for cases even pre-dating Modern Slavery Act 2015 (Acquittal secured for Defendant in 2013 multi handed exploitation case – https://www.bbc.co.uk/news/uk-england-london-22552912).

Paramjit’s work involves representation in high profile murder cases both at first instance as well as advising as fresh counsel on appellate cases.

In addition, she has represented individuals in domestic homicides involving parricide as well as domestic abuse. Paramjit is currently co-authoring chapters in forthcoming book on ‘Women who kill their abusers.’ Recent work on cases on domestic homicides include (R v Emma Jayne Magson and R v Farieissia Martin).

Paramjit regularly advises on publicly and privately funded appeals against conviction and sentence. She has appeared extensively before the Court of Appeal and has won appeals where original trial counsel advised negatively. She has acted in appeals concerning fresh evidence on account of coercive control (https://www.theguardian.com/uk-news/2021/oct/28/mother-jailed-in-uk-over-babys-injuries-blames-former-partner-at-appeal). Paramjit has also provided advice work to charities (‘Class Acts- examining modern slavery legislation across the UK’), advisory work on illegal working legislation and representations advisory work on Disclosure Barring Services.

Paramjit has spoken at conferences particularly on issues of duress, coercive control and Modern Slavery including:

Paramjit was previously a trustee of the charity ‘Women In Prison’ and is on the advisory board for the charity ‘APPEAL.’

Paramjit regularly advises on merits of appeal against conviction and sentence. Some of her reported cases include: